Twinning between the port of Taranto and Kribi 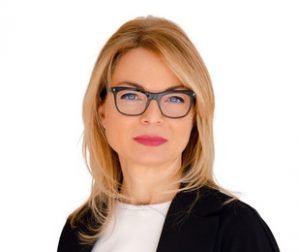 On 3 July, the city councillor sent Floriana de Gennaro a motion to the municipality of Taranto concerning a twinning between the port of Kribi (Cameroon) and that of Taranto.

Kribi is a coastal town in the Republic of Cameroon where the largest and most modern deep-water port in Central Africa opened this year.

The singular proposal, in the form of a motion that the Independent Group for Taranto submitted to the municipality.

Last March, the municipal council of Kribi, where another Italian company has already set up fresh fish production, invested €15 million in Cameroon. The Cameroonian municipal administration has formally committed to the signing of a twinning agreement protocol with the city of Taranto, setting up a promotion committee.

Over a month ago, councillor Floriana de Gennaro, leader of the Independents, also met with a delegation from the Kribi City Committee, visiting Taranto, led by Dr. Théophile Ngoauah-Ngally.

According to De Gennaro:

"a twinning between Taranto and Kribi could represent an important economic and cultural development opportunity for our city. First and foremost for the development of our port, which would thus be preferred to that of Piraeus as the arrival point in Europe for ships from Kribi, an event that would fit perfectly into the Port Authority's plan to diversify maritime traffic'.

In the city of Kribi,' explains the leader of the Independents, 'an impressive port and industrial complex has sprung up that has attracted the interest of numerous Italian companies, among them Ferrero, who in Cameroon have been present with several production plants for a very long time now.

The port of Kribi is also the natural international logistics platform for neighbouring countries that do not have access to the sea, especially:

"Cameroon is a country that is experiencing significant economic and cultural development, achieving a GDP growth rate of 5.6% in 2016, according to estimates by 'Il Sole 24 Ore'".

Therefore, she now hopes that the Taranto Council will follow up on Kribi's proposal and seal this partnership.