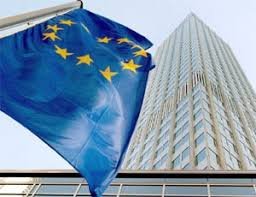 The Treaty and a special Protocol, annexed to the TEC, define the tasks and statute of the ESCB (in addition to the ECB) and stipulate that it consists of the ECB and the NCBs of the Member States. The ESCB was established with effect from 1.6.1998 (as was the ECB), but with a partial area of activity in terms of the monetary policy tasks laid down in the founding rules (see below ESCB, ECB and Eurosystem).

The ESCB, the EMI and the ECB are the three structures introduced by the TEU for the governance of monetary policy in the EU.The primary objective of the ESCB (Art. 105.1 TEC and Art. 2 of the Protocol) is to maintain price stability. The Governing Council of the ECB has given a precise definition of this objective, stating that "price stability" means an annual increase in consumer prices of less than 2%.

Subject to this objective, the ESCB supports the EU's economic policies in order to contribute to the realisation of the EU's economic objectives (harmonious, balanced and sustainable development of economic activities; a high level of employment and social protection; equality between men and women; sustainable and non-inflationary growth; a high degree of competitiveness and convergence of economic performance; a high level of environmental protection and improvement of the quality of the environment; raising the standard of living and quality of life; economic and social cohesion; solidarity among Member States; Article 2 TEC).

The fundamental tasks of the ESCB are to define and implement the monetary policy of the Community; to conduct foreign exchange operations in line with the provisions of the TEC (Art. 111); to hold and manage the official foreign reserves of the Member States; and to promote the smooth operation of payment systems. The ESCB must also contribute to the smooth conduct of policies relating to the prudential supervision of credit institutions and the stability of the financial system (Art. 3 of the Protocol).

Together with the NCBs, it collects statistical data directly from the national authorities or economic agents. The issuance of legal tender banknotes in the euro area is carried out by the NCBs, but the power to authorise it is reserved to the ECB. The quantities of coins that can be minted by the Member States are also authorised by the ECB (Art. 106 TEC).

Unlike the ECB and the NCBs, the ESCB does not have a legal personality, its own employees or even its own governing body, but is supported by and governed by the decision-making bodies of the ECB, which also decides how and by whom it is represented in the field of international cooperation (Articles 7 and 8 of the Protocol).

Member States shall transfer to the ESCB sovereignty in monetary policy, but in practice the European monetary authority is not the ESCB, but the ECB. So far, the ESCB only operates for the 12 Member States that joined the third stage of EMU and the euro area on 1.1.1999:

are out of the system agreement:

To avoid confusion, the ECB calls the ECB and the 12 states that have adopted the euro the Eurosystem.

The principle of independence applies to the ECB, the NCBs and the members of their decision-making bodies, whereby they may not seek or take instructions from Community institutions or bodies, from the governments of Member States or from any other body (Article 7 of the Protocol). The Member States are committed to respecting the principle of independence and not seeking to influence the members of the ECB's decision-making bodies in the performance of their tasks.

They are the same as those of the ECB, namely the Governing Council (consisting of all the members of the Executive Board and the Governors of the NCBs of the Member States that have adopted the euro) and the Executive Board (consisting of the President, Vice-President and four other members). There is also a third decision-making body, the General Council of the ECB, composed of the President and Vice-President of the ECB and the Governors of all EU Member States. The General Council contributes in an advisory and coordinating capacity and in the preparatory work for possible enlargements of the euro area.