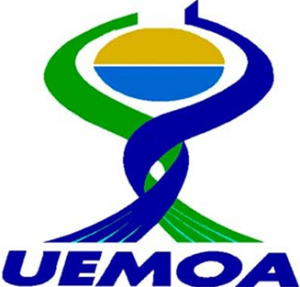 UEMOA isAcr. of: Union Économique et Monétaire Ouest Africaine (West African Economic and Monetary Union-WAEMU). Economic and monetary union for the unification of national economic areas in a common market with a common currency and for the consolidation of macroeconomic conditions through the harmonisation of fiscal policies.

It is an extension of the UMOA and was established by the treaty of 10.1.1994 (entered into force 1.8.1994) with its headquarters in Ouadgadougou (Burkina Faso) by seven countries: 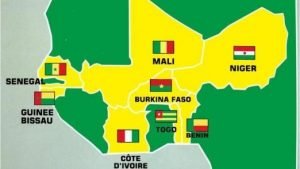 These are the eight West African countries that are part of the French franc area (q.v. for the effects of the euro changeover).

THE UEMOA became operational in 1995. The organisation of the UEMOA repeats that of the European Community. The political organs are the Conférence des Chefs d'Etat, a supreme authority that meets at least once a year, the Conseil des Ministres that decides on monetary and credit policy (its meetings are organised by the BCEAO, which also provides secretarial services to the Council), the Commission that makes recommendations to the two previous organs, implements the budget and can bring actions before the Cour de Justice against Member States that fail to fulfil their obligations under Community law.

The supervisory bodies are the Cour de Justice, which adjudicates on disputes between Member States and Community bodies, the Cour des Comptes for financial control over Community bodies and the Commission interparlementaire. Lastly, there is an advisory body, the Chambre Consulaire Régionale, and two economic-financial bodies: the BCEAO, an issuing institution, and the BOAD, a multilateral development body.